The 15 Best Restaurants in Colorado! 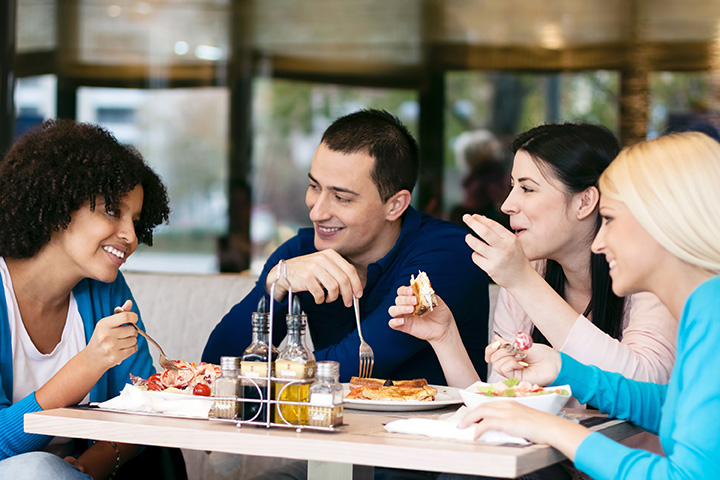 The state of Colorado might be most popular for its mountains and ski resorts, but this place also boasts some pretty fabulous food. From farm-to-table eateries to longest-running favorites, this list points out the most essential restaurants in Colorado that embrace the culture of the Rockies.

Denver, the biggest city in Colorado, was once referred to as a 'cowboy' town decades ago. Back then, the food scene focused on big portions of meat. Now however, new age and organic eateries are popping up, adding to the scene in quite a good way.

These 15 restaurants in Colorado are a mix of old and new eateries ranging from fine dining to favorite local hangouts. The one thing that they have in common is they are all essential to Colorado's culture and restaurant scene.

Known as Denver's oldest restaurant, the Buckhorn Exchange starts this list with classic Colorado dishes focused heavily on meat. This iconic restaurant serves up unique game like elk, buffalo, quail and ostrich. Since it opened in 1893, a myriad of people have taken their presence and their appetites to the Buckhorn, including Theodore Roosevelt, Bob Hope and Ronald Reagan.

Meaning 'kitchen garden' in French, Potager is a farm fresh eatery that has grown to be an iconic restaurant in the Denver area. The New American menu at Potager truly focuses on organic, fresh ingredients that are locally sourced. Therefore, the menu changes seasonally. Both the omnivore and vegetarian could find something to love at Potager.

Frasca is a unique restaurant in Boulder that is heavily influenced by the Friuli-Venezia Giulia region in northeast Italy. Known as Fruilano food, the dishes are focused on farm fresh ingredients. The wine selection is also absolutely exquisite, containing over 200 selections.

Snooze has made a huge name for itself as one of the top breakfast joints in Colorado. Born in Denver, Snooze has now expanded to numerous cities in Colorado as well as California and Arizona. Snooze built a solid brand by incorporating a culinary dining experience with innovative A.M. favorites.

The Kitchen began in Boulder as a business between friends and has now grown into one of the most eco-friendly and fresh restaurants to eat at in Colorado. The Kitchen restaurants can be found in Boulder, Fort Collins, Denver and now in Chicago and Memphis. The restaurant's menu focuses on American food with a farm-to-table, urban feel.

Just because Colorado isn't near the coast doesn't mean that incredible seafood restaurants aren't here. Jax Fish House has made a name for itself by providing Coloradans and visitors alike with sustainable seafood. Find Jax Fish House restaurants in Boulder, Fort Collins, Denver and Glendale.

Edelwiess has been serving up authentic German food in Colorado Springs since 1967. Enjoy a bratwurst and a German beer near the restaurant's three fireplaces, or embrace the Biergarten in the summertime. Make sure to save room for dessert. Edelwiess' pastry chef makes every delicious torte and pastry from scratch.

Grab an affordable steak at Quincy's Steakhouse, located in Salida, Leadville, Buena Vista, and Florence. The restaurant is named Quincy's because the first establishment was located in the historic Quincy block in Leadville, which was originally built in 1879. The menu at Quincy's is as simple as it gets with meat-centric dishes and southern sides.

Located in Denver, Fruition has become one of the best restaurants in Colorado. The chef behind Fruition, Alex Seidel, has won awards for his incredible food. The New American, farm-to-table cuisine creates a truly remarkable menu.

Abejas, located in Golden, has been so successful due to a solid partnership between the owners. The cozy restaurant features a solid wine list, unique craft cocktails, and New American dishes that are sure to make any foodie happy.

The Ore House has been opened since 1972, making it one of Durango's oldest restaurants. This establishment is known for its steaks and spirits, but it also has an impressive wine cellar. Considered the best steakhouse in the area, the Ore House is a Colorado restaurant that shouldn't be missed.

This list wouldn't be complete without a beloved ski-town restaurant. The Last Steep, named after the owner's favorite ski run, has grown into one of Crested Butte's most popular hangouts. This family-run restaurant boasts American food in a chill pub atmosphere. The Last Steep has won Crested Butte's awards of Best Hamburger and Best Bloody Mary.

Find incredible Mediterranean-inspired cuisine in an eclectic and modern atmosphere at Rioja. This restaurant draws from seasonal and local products to create an incredible menu. Rioja is located just blocks from Denver's popular Historic Larimer Square, making it a perfect stop after a day of sightseeing.

Carlos' Bistro, featuring a global and eclectic menu, has been featured on numerous lists as one of the best restaurants in the United States. Located in Colorado Springs, this restaurant not only has great food but also excellent drinks. Find the perfect cocktail on their unique martini menu.

Mizuna, located in Denver, may be the best-rated restaurant on this list, being one of the top-rated restaurants in the country. The menu at Mizuna changes each month and relies heavily on seasonal and unique ingredients. Encouraged by Chef Frank Bonanno, the chefs at Mizuna are given the creative opportunity to stretch the envelope on New American cuisine.