The 6 Best Gelato Places in Colorado! 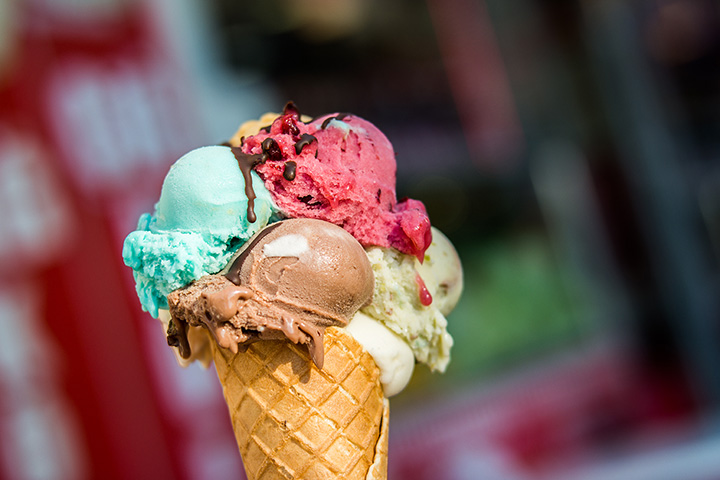 Find delectable and authentic Italian gelato right here in the Centennial State. Now for those who don’t know, gelato is not the same as ice cream. Gelato, meaning “frozen” in Italian, is served about 10 degrees warmer than ice cream and has less butterfat, and ultimately less calories, than its American counterpart. Said to be more flavorful than ice cream due to containing less air, gelato is either made with fruits or milk. Find classic gelato flavors, like stracciatella, or discover a new favorite at these 6 best gelato places in Colorado.

For those interested in a variety of flavors, Glacier Homemade Ice Cream and Gelato is the place to visit. One thousand flavors of ice cream, gelato and sorbet have been created since its opening in 2001. Glacier creates these cold, tasty treats with local ingredients—even the hot fudge is made from scratch. The flavors offered at Glacier rotate every week. The chocolate mousse gelato is a fan favorite while the Nutella gelato will make Nutella lovers drool.

Paciugo Gelato and Caffe was founded by a woman that knows Italian gelato. She grew up in Italy, studied the art of gelato making and then worked at an established gelateria in Italy. When she moved to the United States, she ended up creating a gelato empire. Now Paciugo Gelato and Caffe locations have spread all over the U.S., including Loveland. The gelato at this gelato-chain is made from fresh fruit and natural ingredients.

If you’re interested in fresh gelato made with locally-sourced ingredients, then Gelato Junction is the shop for you. All the gelato made at Gelato Junction has locally-grown fruits and dairy products. Enjoy your frozen treat in a cup, cone or chocolate-dipped waffle bowl. For special occasions, consider a custom gelato pie, which is sure to be a crowd pleaser.

For gelato-lovers on a budget, Rizuto's Ice Cream in Colorado Springs offers the best prices around for the Italian treat. Rizuto’s menu contains over 40,000 combinations of ice creams, gelatos and sorbets. However the authentic Italian gelato is always a winning choice since it is made in-house at Rizuto’s.

Briccy’s Coffee serves more than just gelato, however this coffeehouse has made a name for itself in the gelato world for offering topnotch gelato. With unique concoctions like honey lavender, Briccy’s will please the gelato enthusiast. Try an affogato while you’re here, which is a shot of espresso over a scoop of gelato.

Repicci’s Italian Ice & Gelato serves the Denver area by food truck. This gelato chain has numerous locations nationwide, but the authentic Italian recipe stays the same. Since Repicci’s is a food truck, you may not find it in the same spot but keep an eye out for it at corporate events, festivals and fairs in the Denver metro area. When it comes to the gelato at Repicci's, expect no artificial flavors or preservatives.