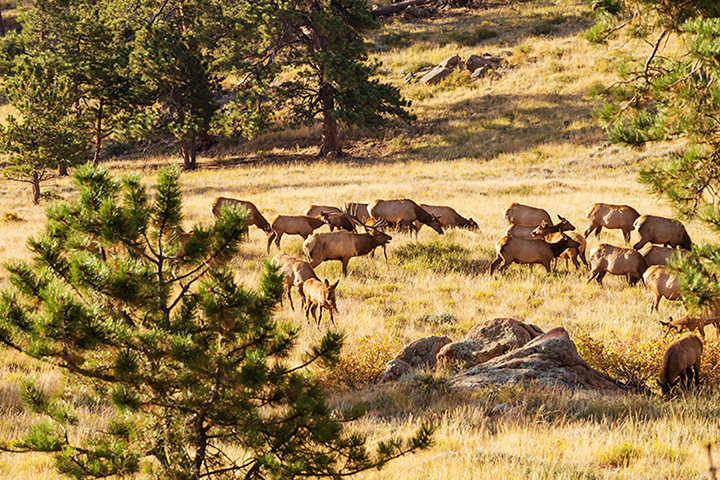 Colorado is known for its natural beauty, whether it be the Rocky Mountains, powdery snow or unique wildlife. Due to its incredible topography, it’s no surprise that this colorful state tops the charts when it comes to having the highest, biggest and tallest wonders in the United States and the world. These fun facts feature many of Colorado’s natural marvels, but there are also some quirky facts that you might not have expected from the Centennial State. There is no denying that Colorado has an interesting past and present. Learn more abot the history, culture, and landscape of this popular state through these 15 fun facts about Colorado.

1. Colorado has the highest mean elevation out of all the states

Not so surprisingly, Colorado’s mountainous terrain gives the state the title of highest mean elevation of all the states in the U.S. Incredibly enough over 75 percent of the land in Colorado is over 10,000 feet above sea level, and the state also is home to the most mountains that are over 14,000 feet, called 14’ers by the locals.

2. Denver was the only city to reject the Olympics

Denver won the bid for the 1976 Olympics, but voters ended up rejecting the opportunity due to cost and environmental concerns. Proposed venues for the Games spanned 150 miles from Denver to Steamboat Springs, obviously concerning residents on Colorado’s pristine environment. To this day, Colorado is still the only state in history to turn down the Olympics.

3. The road to Mt. Evans is the highest paved road in North America

The Mount Evans Scenic Byway, near Idaho Springs, climbs up to Mt. Evans, a 14,258-foot mountain. This incredible paved road takes you through Colorado’s forests and up above tree line. Views of Colorado’s mountains and bighorn sheep are absolutely incredible from the top of this unique scenic byway.

4. Denver’s Colfax Road is the longest commercial street in America

Colfax Avenue, a road that passes through Aurora, Denver, Lakewood and Golden, is known as the longest, continuous commercial street in America. Also referred to as the “Gateway to the Rockies,” Colfax stretches 26.5 miles from the plains to the mountains. Run the length of Colfax in the Colfax Marathon that is held every year.

5. Eisenhower Tunnel is the highest auto tunnel in the world

Located between Clear Creek and Summit counties, the Dwight Eisenhower Memorial Tunnel is the highest auto tunnel in the world. Being 8,960 feet-long, this underground tunnel lies at an impressive elevation of 11,000 feet above sea level. This tunnel that is literally underneath the Continental Divide is well-traveled with an average of 26,000 vehicles daily.

6. Leadville is the highest incorporated city in the United States

At an elevation of 10,430 feet above sea level, the Colorado town of Leadville is the highest incorporated city in the country. Pronounced as “led” like the metal, the city got its start as a silver mining town, but because there were many silver named towns at the time, the founders decided on Leadville. At nearly two miles high, Leadville’s nickname is “The Cloud City.”

7. Colorado has the tallest sand dunes in North America

Located in the Great Sand Dunes National Park and Preserve, the largest sand dunes in North America rise approximately 700 feet from the floor of the San Luis Valley. These incredible dunes apparently started forming 440,000 years ago and currently cover 19,000 acres.

8. The Royal Gorge Bridge is the highest suspension bridge in the United States

The Glenwood Hot Springs Pool, located in Glenwood Springs, covers two blocks in this small Colorado mountain town, making it the largest natural hot spring in the world. The water in the pools is fed from the Yampah spring, which produces over three million gallons of water a day at a high temperature of 122 degrees Fahrenheit, making it one of the hottest natural springs in the world too. The hot spring pools in Glenwood however range in temperature from mild, bathwater temperatures to “hot tub” temperature of 104 degrees Fahrenheit. Enjoy Glenwood Hot Springs year-round.

10. Colorado is part of the “four corners”

The Four Corners is known as the only point in the United States where the corners of four different states meet at a quadripoint. Arizona, Colorado, New Mexico and Utah join on this one point, making it the only place where you can be in four different states at the same time. The Four Corners Monument and Tribal Park also marks the boundary of two Native American governments, the Navajo Nation and the Ute Mountain Tribe.

11. Colorado is home to the world’s largest wild elk herd

Colorado clearly ranks No. 1 in elk, having the biggest elk population in the world with an estimated number of 280,000. Elk, one of the largest species in the deer family, are social creatures usually traveling in herds, especially during breeding season in the fall. Due to Colorado’s large elk population, the state has grown as a popular destination for big-game hunters.

12. The first Stegosaurus dinosaur fossil ever found was in Grand Junction

13. The Imperial Express Superchair at Breckenridge Ski Resort is the highest chairlift in North America

Colorado is known for world-class ski resorts, so it’s no surprise that the state has the highest ski lift too. The Imperial Express Superchair in Breckenridge is the highest in the world at just under 13,000 feet. This high-speed quad lift takes intermediate and advanced skiers to the top of the world as they ski down from above tree line.

14. The world's largest flattop mountain is the Grand Mesa in western Colorado

With an area of about 500 square miles and an elevation of 10,000 feet above sea level, the Grand Mesa is a vast flattop mountain that is unlike anything else in the world. The Mesa Scenic Byway is a great way to view this area’s natural beauty. The Grand Mesa is known for hiking, fishing and camping during the summer and skiing and snowshoeing during the winter months.

15. The 13th step of the state capital building in Denver is exactly one mile above sea level

Denver, known as the Mile High City, is literally a mile high. Although some parts of the city is just shy of the one mile mark, the 13th step of the state capital is exactly at 5,280 feet. When visiting this quirky attraction, look for a small medallion on the step telling you that you are indeed a mile above sea level.

Exibition - Who Tells a Tale Adds a Tail

Exhibition - Other People's Pictures : Selections From The Robert And Kerstin Adams Collection

Exhibition - Other People’s Pictures: Gifts from the Robert and Kerstin Adams Collection

What Would Cheesus Do Food Truck

US highway 24, Lake George, CO
About Us: Indigo Mountain Nature Center is a sanctuary for captive-born wildlife, exotic and alternative pets nestled in the mountains west of Col... Read More

6249 S Turkey Creek Rd, Morrison, CO
It’s just a short drive west of Denver into the foothills to spend the day among our kid-sized buildings, riding the train, enjoying the fres... Read More 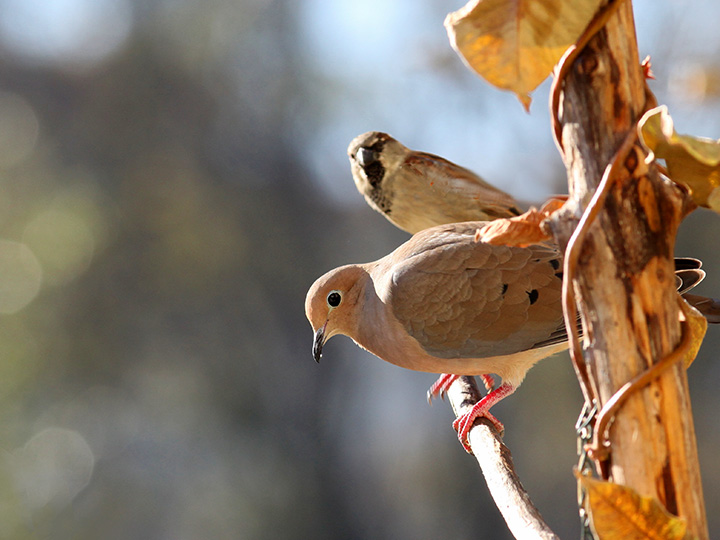 Bergen Parkway and Rocky Village Drive, Evergreen, CO
The Triple Bypass Bicycle Ride is recognized as one of the premier cycling events in the nation. A one or two-day cycling event, celebrating its 29... Read More 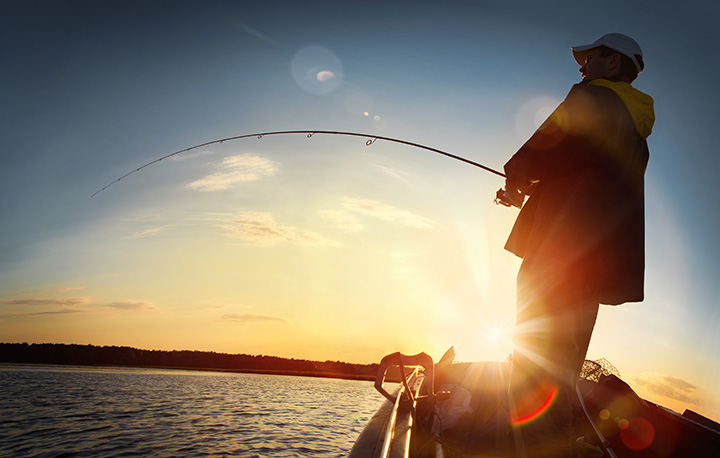 5050 Pikes Peak Highway, Cascade, CO
Santa’s Workshop/North Pole is a Christmas themed family amusement park that has been in existence since 1956.Christmas music fills the air a... Read More

2304 Cadet Dr, Ste 2300, U S A F Academy, CO
The Air Force Academy is both a military organization and a university. Much of the Academy is set up like most other Air Force bases, particularly... Read More 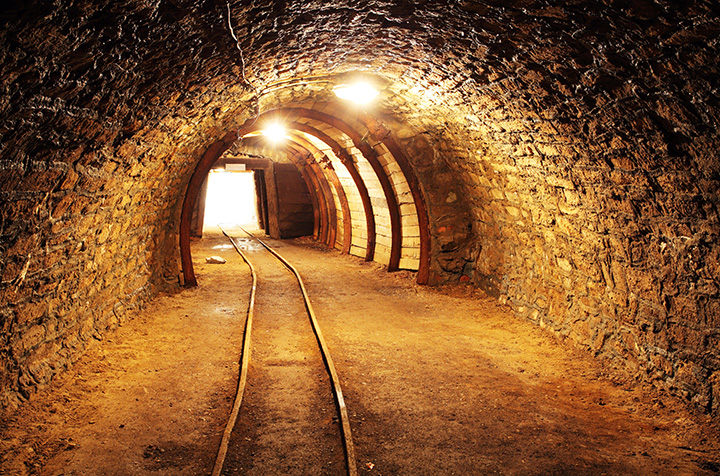 9388 Hwy 67, Cripple Creek, CO
Descend underground as you partake in the only 1,000 foot vertical shaft gold mine tour in the USA.Experience the "Old West" as it was for hard roc... Read More