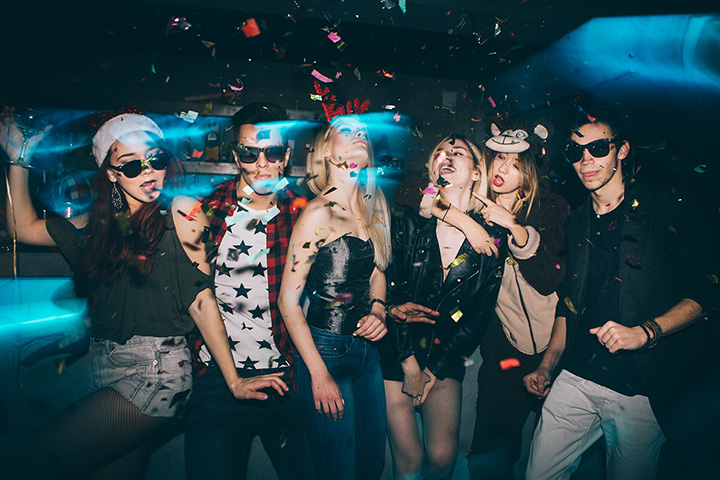 The Centennial State has some of the best clubs in the nation. Whether you are looking for a place to two-step, do the salsa or listen to some sick EDM beats, Colorado has a dance club for you. These 8 dance clubs and venues in Colorado are sure to get you out on the dance floor.

Although this dance club has a speakeasy vibe, complete with Art Deco decor and plush booths, the club has become a haven for lovers of the electronic music scene. Bar Standard has brought numerous topnotch DJs to Denver. Don’t forget to check out this club’s two urban patios, a nice place to chill before returning to the dance floor.

Tracks first opened in 1980 and has been accommodating dancing feigns for decades now. Known as Denver’s premier LGBT club, guests will find multiple dance floors and even a grill for all those who get hungry after all that dancing. Music at Tracks varies but is mostly Top 40, hip hop and 80s and 90s classics.

We aren’t just talking about dance clubs with electronic music and DJs. Aurora’s Stampede is a country-western nightclub. Stampede Wednesday Ladies Night is quite the event, and according to their site, “the place to be seen!” Come by for happy hour on Fridays, and then dance the night away to some of the greatest country hits.

This Colorado Springs’ club features 70s, 80s, and 90s music to dance to, drawing crowds of a range of ages. The bar is stocked with a variety of vodka, rum, cognac, scotch, gin, whiskey and tequila. The atmosphere of Mansion is really unlike any other nightclub in the state.

Club Vinyl in Denver is a club goer’s dream. This nightclub has four levels with four dance floors that feature four different types of music. Take a break from the massive dance party at Club Vinyl’s rooftop, which has heaters, fire pits, hookah and of course incredible views of Colorado.

Dance under the stain-glass windows at this church-turned-club. The Church was first built in 1865 as a place of worship. The goth appearance gives a great ambiance to this 18-and-up club in Denver.

Get a great martini, a top-notch cigar and experience a dance floor full of rowdy fun at Cecilia’s Nightclub and Cocktail Bar in Breckenridge. Cecilia’s is home to Breckenridge’s largest dance floor, which features DJs on a nightly basis. If you want a break from the dancing, take a rest in Cecilia’s cozy lounge area.

View more Colorado Dance Clubs.
Select a Colorado town to find
the Best Things-To-Do and Places To Go around you