The Best Comedy Spots in Colorado! 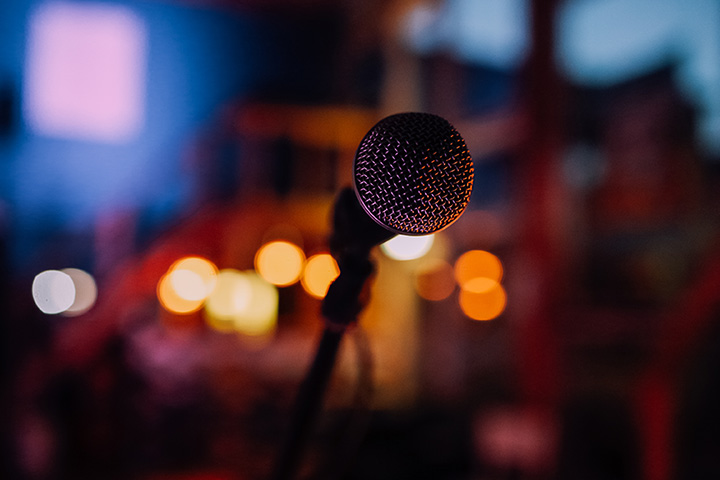 Get your laugh on in the Centennial State by visiting the most popular and well-respected comedy spots in Colorado. Local and national acts perform often in the Mile High City, so you might see your favorite comedian headlining at one of these spots or discover your next favorite funny guy. Whether it’s improv or stand-up performances, you won’t be able to stop laughing at these best comedy spots in Colorado!

Comedy Works is the most popular comedy club in the state. It has been hosting local and national comedians for over 30 years. The downtown Denver location is the iconic original, however the southern location in Greenwood Village is nothing to scoff at either. With great acoustics, top acts and food and cocktails, it’s not a surprise why this comedy club is one of the best in the state. Comedians like Chris Rock and Jerry Seinfeld have graced the stage at Comedy Works.

This intimate theater in the heart of downtown Denver is a comedy favorite featuring local comedians and improv theater. RISE Comedy, which opened in 2011, not only offers entertaining acts almost every night of the week but also hosts high-quality improv classes and workshops. A popular act that regularly takes the stage at the RISE is Hit and Run: Musical Improv, an unscripted musical comedy team.

With Loonees website proudly proclaiming that “It’s cheaper than therapy,” this comedy corner features nationally-known comedians regularly. The comedy club hosts open mic nights, as well, for those budding comics looking to get their start. The venue not only features comedians, but also hypnotists, ventriloquists and improv groups.

Find your next favorite stand-up comedian at Denver Improv. Comedy veterans and comics new to the scene can both be found on the stage at this comedy club. This spot is also great for dinner and drinks, with a full bar and menu options. Make Denver Improv your next date night.

View more Colorado Comedy Clubs.
Select a Colorado town to find
the Best Things-To-Do and Places To Go around you